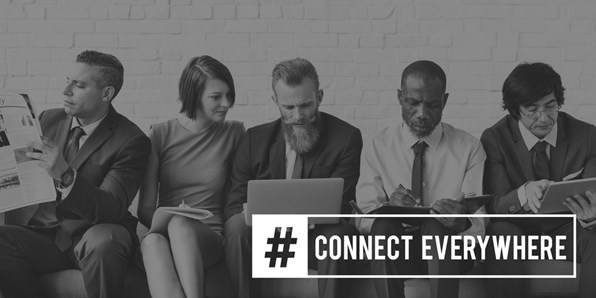 The power of hashtags in social media marketing

The advancement of social media web tools and technology has had a significant impact on the way people connect and engage with a business, in retrospect it has changed the ‘social landscape’ of business. It is common knowledge that the ‘hashtag’ has had a significant role in this change ever since the very first very first hashtag was posted to Twitter back in August 2007. The first hashtagged tweet was #barcamp by advocate Chris Messina who used the hashtag as an example. The tweet said: “? How do you feel about using # (pound) for groups? As in #barcamp {msg}??”

The beauty of that tweet is that it started off with one mans ‘idea’ to organise a type of group chat. Today, that’s exactly what hashtags are, they are organised chat groups classified by a specific topic or theme. Not only was the idea put forward to the public, but ‘asking the question’ inspired ‘engagement and social interaction.’ Moreover, hashtags opened up new opportunities to better handle and analyse data. It goes without saying, but I’m going to say it anyway ‘Hashtags have revolutionised the social media landscape’.

How the use of hashtags has helped shape social media marketing

Improves searchability
As suggested above, hashtags are user-generated tags beginning with a hash sign followed by a short word or phrase. People who have been made aware of a specific hashtag or type it by chance in the search bar will likely come across any recent/old posts with that hashtag.

Expands your audience reach outside your network
The hashtag classifies a topic or theme that helps people to connect, engage and share content on or around the topic of interest. Once content is shared to another page or on a different platform, the audience reached will have expanded.

Innovates communications
The hashtag is a powerful communication tool that has the ability to dominate a discussion online to whoever wants to participate in the discussion.

Inspires interactions
The movement of a hashtag can tap into peer-to-peer networks to spread messages that often
Sparks new topics of conversations inspire new connections, shares and engagement.

Makes marketing interesting
The ability to analyse your social performance online allows the marketer to enhance your social performance with an adapted social media strategy to achieve optimal results. Social media marketers are able to strategize on social media campaigns with the ability to capitalise on hashtags that are most likely to be effective in what you are trying to achieve in your campaign goals. Millions of hashtags are used daily across multiple social platforms, a social media marketer will have the right tools to monitor trending hashtags, emerging hashtags and monitor hashtags used or created from scratch in your campaigns.

If you found this article useful, you may also like to read about the 'Advantages of social media for business.'