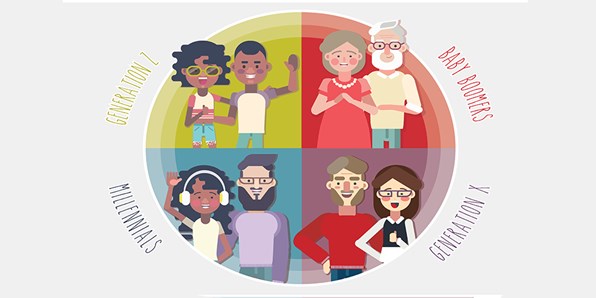 Talkin’ bout your generation, sound familiar, maybe a song or an Australian game show? We’ll for sure there is. As cliché as it sounds, this article references different generations but specifically in relation to the digital marketing industry.

If you browse popular social media sites, you may often see or hear mentions in reference to Xennials, Millennials, iGen and GenAlpha by geeky techies and marketers. This is because these four generations, in particular, have in some way or another contributed and continue to shape and add value to today’s digital landscape and marketplace.

In my opinion, any digital marketer who is passionate about their industry is likely to know and keep up to date with current digital trends and digital forecasts, thus, be aware of what the past, present and future generations have been, or can be, capable of. This information is useful and relevant to the digital marketing industry, thus makes it valuable to marketing and advertising campaigns. Growth factors in marketing and advertising channels have been shaped by evolution, technology and distribution, but without people, none of this would even be possible.

Each generation is a group of people born around the same time who tend to express similar values, attitudes, and behaviours. For example, if we look at one of the latest generations commonly known as Generation Z, or iGen, or Centennials (born between 1995-2012) it is clear to see that they are more accepting of others sexual orientations, races and cultures then previous generations were, and are likely to use mobile devices, interactive media, and social media applications, particularly - Instagram and Snapchat.

If we look at the previous generation to that - Millennials or Gen Y, (born between 1980-1994) they are considered the web generation as almost every household had an internet connection and the industry saw a growth in social media, viral media and a rebirth of pop culture. Millennials share optimistic attitudes towards technology and behavioural tendencies in using web services such as Google, Facebook, LinkedIn, eBay and PayPal.

Prior to Millennials, was Generation X or Xennials (born between 1975-1985) they are considered the PC revolution, early mobile phones, Myspace and targeted media.

The latest or most recent generation, Gen Alpha (people born between 2013-2025) are considered the children of Millennials, the majority to whom are not even born yet, will take centre stage by 2025. They will be the most influential and technologically aware generation, particularly in Artificial Intelligence (AI), Virtual Reality (VR) and Augmented Reality (AR).

“Technology is nothing. What’s important is that you have faith in people, that they’re basically good and smart, and if you give them tools, they’ll do wonderful things with them.” ~ Steve Jobs